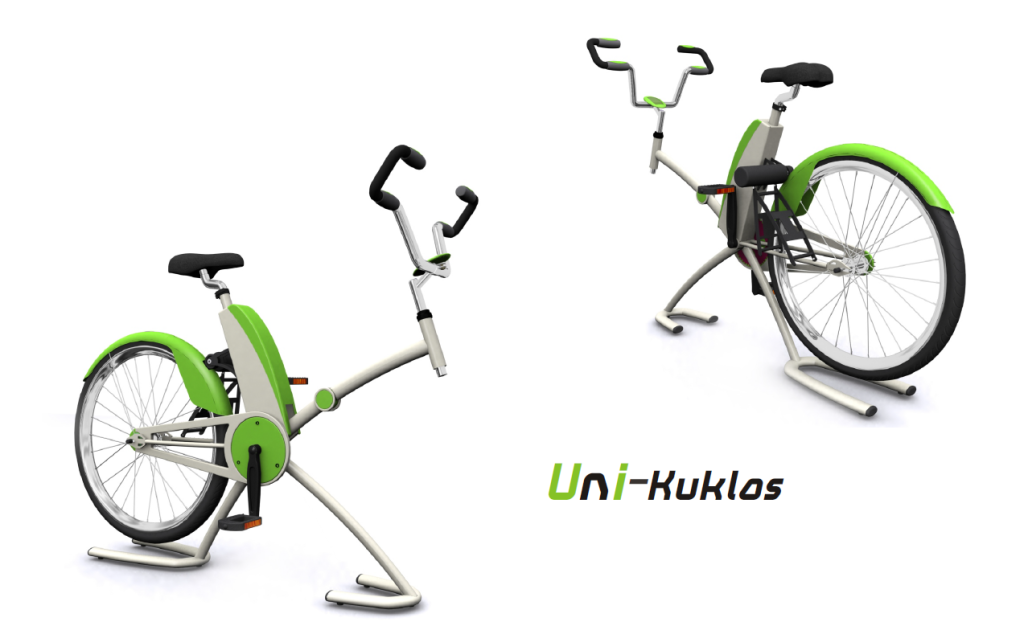 The project was to design eco-friendly product using from existing bicycle component. The project was done as part of student design competition “Design for Life” organized by Reva Cars (Maini Group). Now known as MahindraReva. All rights are reserved by Monil Dalal and Maini Group. 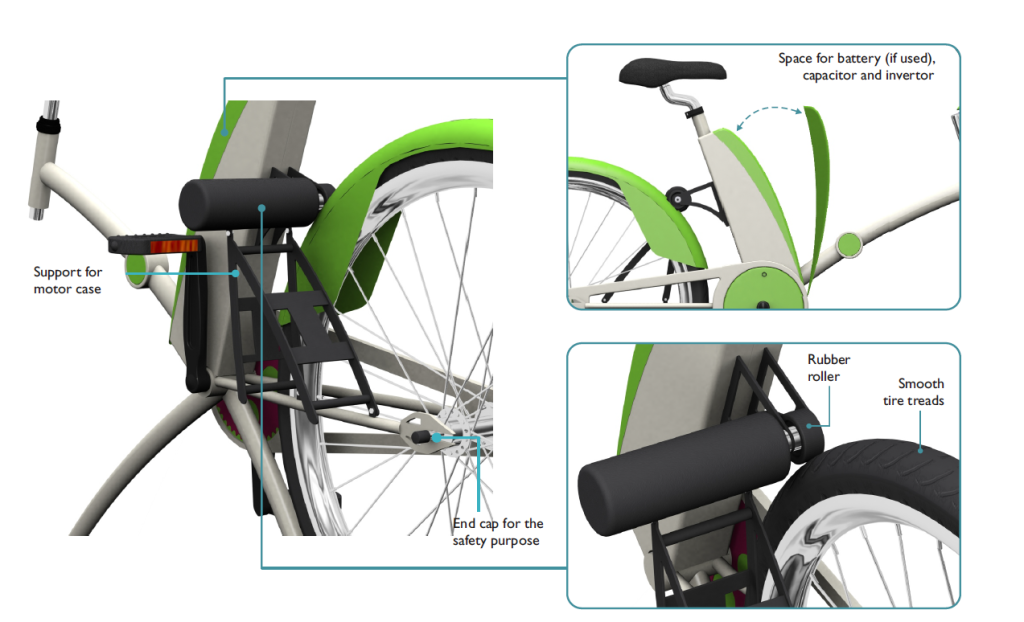 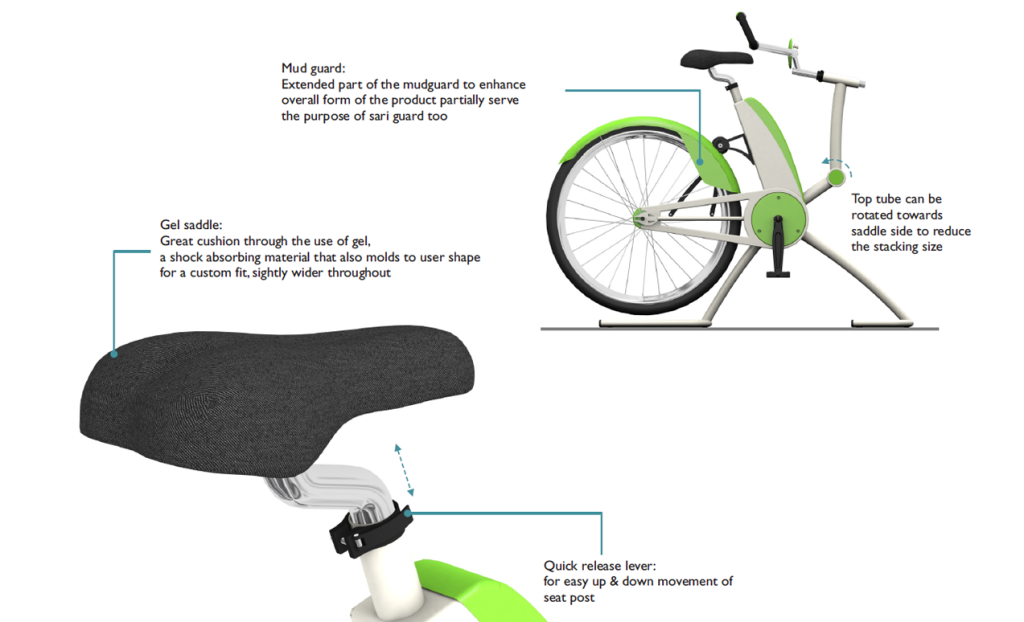 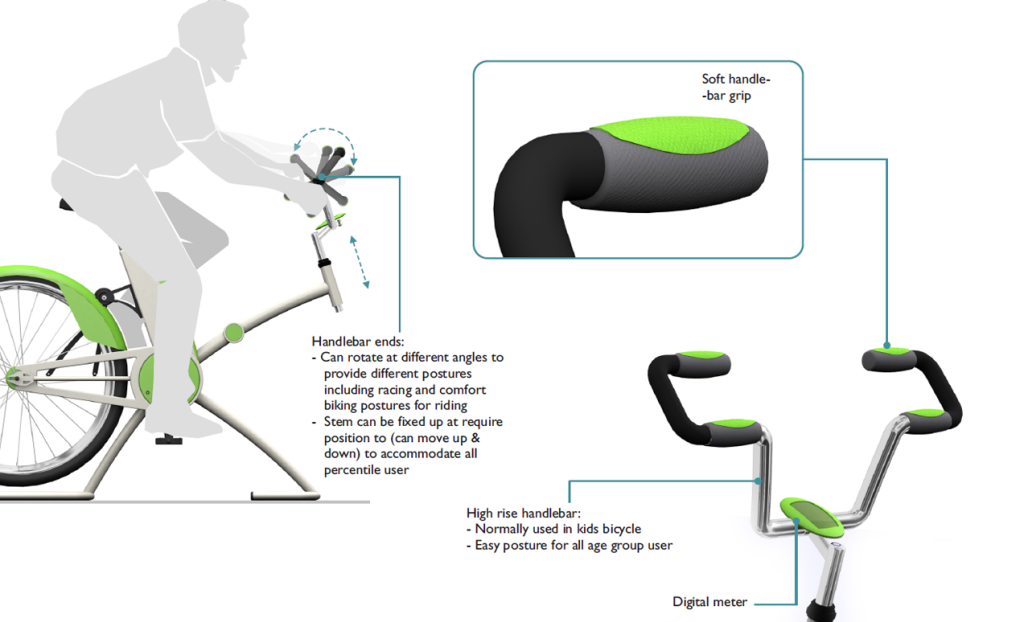 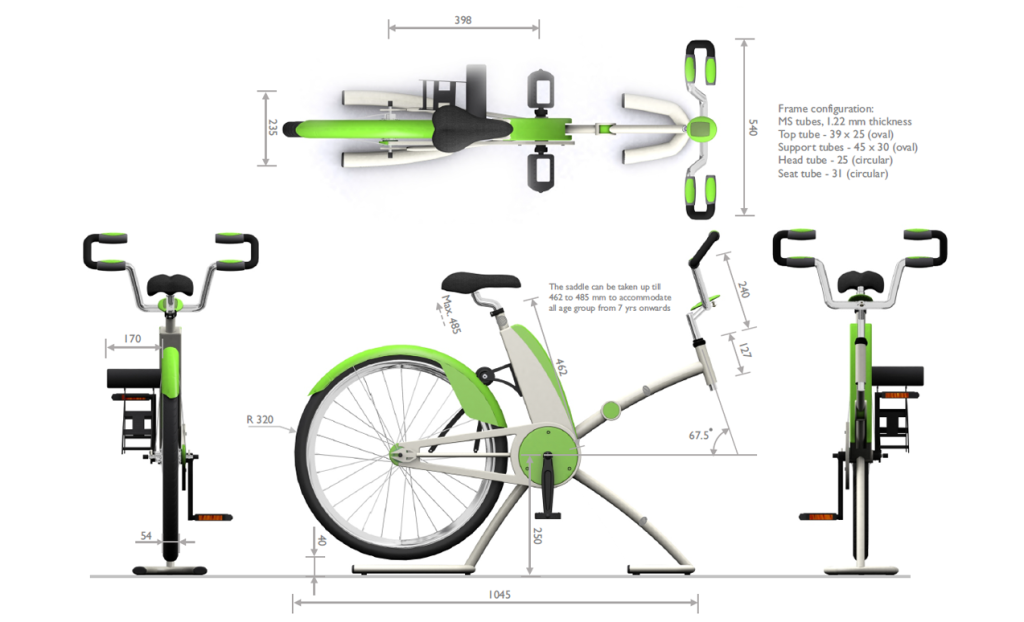 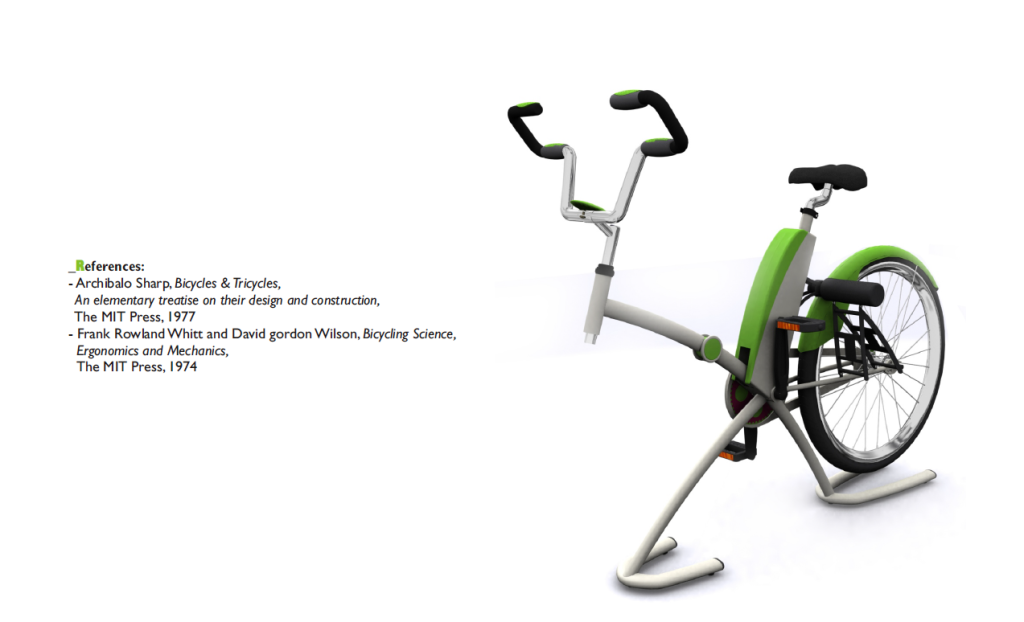 Factors taken into consideration while designing
– The bicycle generator is require to run for 2 lights and one fan which is almost 150 W to 200 W.
– To generate this much power the bicycle should run at minimum speed of 1500 to 1800 RPM.
– The humans can ride a bicycle only at the speed of 40 – 120 RPM. 120 RPM is too high and can be achieved only by the people who regularly do workouts or they are quite strong athletes. So, here the average speed is considered around 40 to 60 RPM for normal human beings.

The system can run on three ways
1. The energy can be stored in battery and can be used later after workout. During this time the power will not be utilized to run any of the electric equipment. Only the drawback is to loose 10% to 30% energy while intended to utilize later.
2. The energy can be utilized on the same time while doing the workout.
3. If the user is using the electric equipments at the same time of the workout and the system is attached along with the battery, the energy used by equipments will be used efficiently. If user will pedal it more than the requirement, the extra will go into the battery. So this way the battery will get extra charging and in it can be used later with almost 70% to 90% of charge.

The Bicycle design which is proposed here can be utilized in all three ways.

Note:
Apart from motor, battery, capacitor and invertor details all the other parts are used from the existing bicycle to make cost effective.